After a long journey, I take rest in the romantic colonial atmosphere of Seminyak, Indonesia’s Miami Beach. The villa has an oriental atmosphere and is perfectly taken from the pages of Conrad’s or Kipling’s books. Fan wings rotate under the high ceilings, the canopy beds are protected by mosquito nets, and the splendor of the spacious rooms is enhanced by tasteful furniture in the Art Deco style. Over at the pool and in the shade of palm leaves, with butler service and all amenities, I’ve already forgotten about the air holes that haunted me through the endless hours of flight, during which I tried to recite as many of my morning prayers as possible. I have never encountered such flight turbulences before, so I could not convince myself that everything was OK. The stewardesses who are usually assertive were as pale as wax figures, and sat very tightly fastened to their seats, unable to give the passengers even a minimal sign of encouragement.

I arrived here for the first time in 1973, shortly after their airport opened. After that, I often stopped there on my way to Western Papua, a 4-hour flight. I recently spent my holidays in Bali with Linda and my son Maksym, a passionate surfer. 45 years ago, only 54 thousand tourists visited the island, but last year there were 6 million.

The island’s image appeared in the minds of foreigners after the Dutch took administrative control of the island in 1908. The colonizers wanted to keep the Bali tradition alive by creating a living ethnographic park, cultivating their customs, language, craftsmanship, and religion. Beginning in the 1930s, anthropologists, linguists, and various eccentric researchers began to appear on the island, confronted by a sanctified cultural heritage, a multitude of temples and half-naked dancers. They discovered a mysterious paradise island by getting to know the inhabitants, their rich spirituality, folklore, and colorful rituals. For the European Bohemia, it was an idyllic scene. Supplemented with ecstasy and sexuality, for them, it created the romantic idea of “The Last Paradise.”

In the 1930s, two Americans, Bob and Louise Koke, began to promote surfboarding on the beach in Kuta. The outbreak of World War II stopped everything, but in the 1960s, the Australian flower children found an oasis of peace here on their way to Europe. In 1969, after the opening of Denpasar airport, wealthy tourists appeared in place of the hippies, for whom luxurious hotels were built. Visitors also including a host of surfers boarding in the newly emerging guesthouses, enjoying a soothing, relaxing atmosphere. The rest was provided by low-cost carriers, causing a mega explosion of tourism. The myth grew, and Bali’s golden era began. This masterpiece of the gods, created at the Earth’s belly button, is still selling an exotic dream that is unmatched anywhere else in the world.

I can now ask the question: is this still the “Paradise Island?” It is usually the case that the better you know a region, the more difficult it is to express a univocal view on it. Thus, this island is also full of extreme judgments. At the beginning there is admiration, but with time you begin to reflect on things here. The verdict is no longer so one-sided, a less poetic or romantic point of view appears, broadened by a critical perspective.

I am not surprised by the voices of frustrated people who visit the same place after many years and say that “everything has changed here.” Captain Cook, who returned to Tahiti after two years, wrote that the island “has changed beyond recognition.” Man subconsciously idealizes a picture, because in the nooks and crannies of the soul there is nostalgia for what irretrievably disappears from the horizon in the race against time. Yet, when he returns, he sees that it is not the same place anymore.

Different things can happen during one’s first stay in this iconic place. The colorful world of our imagination can either evoke positive emotions or insufficiency, because our expectations were too high. That was the case with Paul Gauguin who went to the end of the world in search of pristine primitiveness. In letters to friends, he complained about the novelty that surprised him because it “cut the roots of a noble culture.”

We must remember that our technological civilization has inevitably caused great changes around the world. Very few original indigenous tribes remain in total isolation from the world. It is difficult to find a place where a tourist has not yet left his negative trace. Whether we want to or not, we have to accept this.

The exclusive Seminyak is a concentration of villas and luxury holiday complexes. It also has a beach, being the kingdom of entertaining ladies. This vacation resort primarily focuses on rest and fun, is full of salons, locals, spas, stylish clothing outlets and elegant boutiques.

Crowded and loud Kuta is the tourist’s Mecca dominated by sunburned, tattooed Australian surfers. In the evening, the city becomes the epicenter of a colorful nightlife and unbridled fun.

Some believe that Bali has lost its charm. Of course, there are dark sides to it all. The island’s reputation is aggravated by environmental problems, wild garbage landfills and plastic packaging on the beach. The makeshift buildings, the forest of cables running over the street, excess billboards, or drunk Australians can all be quite unattractive. The city streets are so crowded that it is difficult to squeeze along narrow sidewalks surrounded by hotels, expensive brand stores, restaurants and fashionable clubs.

“The old legendary Bali living according to its rhythm no longer exists,” honestly admits a Dutch lady Esther Larive, the owner of a boutique in Seminyak. “It was destroyed by mass tourism and the growing number of hotels, pizzerias and supermarkets at every corner. Many rice fields have disappeared due to the wild expansion of the real estate market, and cement covers every available space.”

However, behind the tourist mask of southern consumerism, there is a timeless, authentic Bali, where spirituality and materialism coexist together with globalization and the traditions passed down from generation to generation. It is enough to get away from the hustle and bustle, to get to know the island’s authentic face, see villages emanating a peaceful aura, their world of colorful ceremonies, meditations, deeply rooted religiosity, all expressed in dances, music and ritual gestures. They combine and balance life with nature and the Supreme Being, which is the philosophy of their happy Balinese disposition.

“I am here to get away from my professional duties, recharge my drained batteries, and this will allow me to take a step forward in my career,” says Caterina, a marketing specialist from Danzica. Yet Elisa from Padua, who has been spending her holidays here for the last 8 years, adds: “I am in love with this place, where I find peace of mind and harmony with nature. It’s a healing boost of energy for the whole year.”

I know places in the world that may be more interesting and charming than Bali, but none can match it. It is steeped in a tempting, full of mysticism and mystery, unique dimension. Bali is a bedrock of Hinduism on the Muslim archipelago. There is no area of life that does not draw its inspiration from religious roots. In every corner we can find a chapel with enchanting incense that introduces a unique atmosphere.

In the morning, women dressed in sarongs give votive offerings in bamboo baskets filled with rice, flowers and sweets, soliciting favors from their gods in order to ease the anger of demons.

In the overwhelming alluring green landscape, there are lots of exotic vegetation and paradise gardens, intoxicating us with the intense aromas of azaleas, rhododendrons and frangipani. The newcomer immerses himself in the crescendo of colors, sounds, aromas and flavors. This mood cannot be called a paradise or surreal. It is simply magical and ethereal, which is unforgettable.

However, the true beauty of Bali are the people who live far away from the big-city civilization and the stresses of its inhabitants: friendly, full of respect and with charming smiles. These are people who, although they do not have much, are cheerful and can enjoy natural things. They live according to the ancient customs of their ancestors, in harmony with nature, and do not race against time.

More than half of Indonesia’s tourism income comes from Bali, which is estimated at $6 billion USD, and 40 percent of the island’s inhabitants live from it. However, the mighty holiday industry has to face problems every once in a while. In 2002, bombs exploded in Kuta, killing over 200 people, and tourists began to avoid the island, bringing about a sharp rise in unemployment, since one-third of employees lost their jobs. Three years later, another terrorist attack took place, and as a result of explosions in three restaurants, 26 people died. Tourism fell by 60 percent, from five thousand daily arrivals to two thousand. The island lost $2 million every day. After a few months, everything returned to normal, and the film “Eat Pray Love” with Julia Roberts in the main role in 2010 clearly raised these statistics.

Then, in August 2017, tectonic shocks and increased Agung volcano activity were recorded. It became dormant at the end of October, but a month later made its presence known. This resulted in the mass escape of foreigners and millions in losses for the tourist industry. On June 28, 2018, the volcano awoke and a new eruption began. Business at Denpasar airport was paralyzed by the rising volcanic dust, 450 flights were canceled and 75,000 passengers suffered.

One thing is for sure, the Bali brand name is so deeply rooted, so beautiful and attractive, that a jihadist bomb or the eruption of volcano Agung far away from tourist centers is certainly not enough to destroy it. There will always be many vacationers from the United States, Japan, Korea, Great Britain and Germany, including young people going surfing and adult Australians hunting for “Kuta cowboys,” male prostitutes. More and more Chinese people are coming to Bali “to the extent that traffickers have begun to learn Chinese,” notes American Loretta Biddle from Atlanta, an antique shop owner. In spite of the Canberra government’s appealing campaign to spend holidays in the country, the Australian invasion continues. Every sixth visitor is Australian.

I think that Bali is still like a picture, worth the holiday adventure, even at the cost of nagging turbulence. 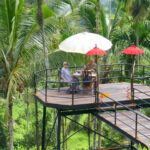 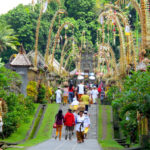 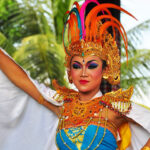 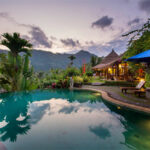 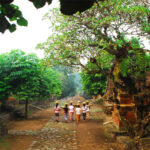 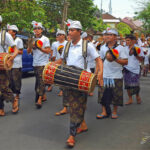 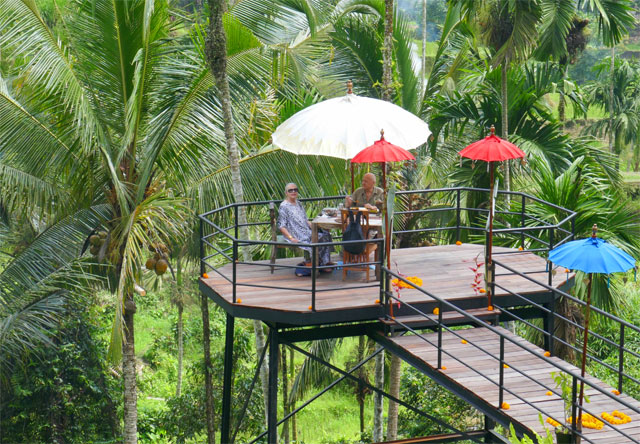 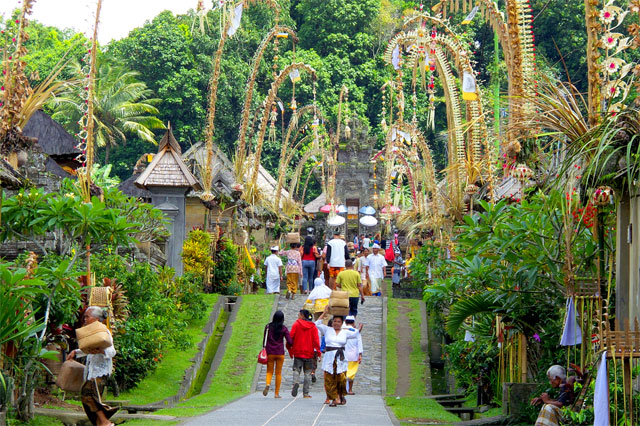 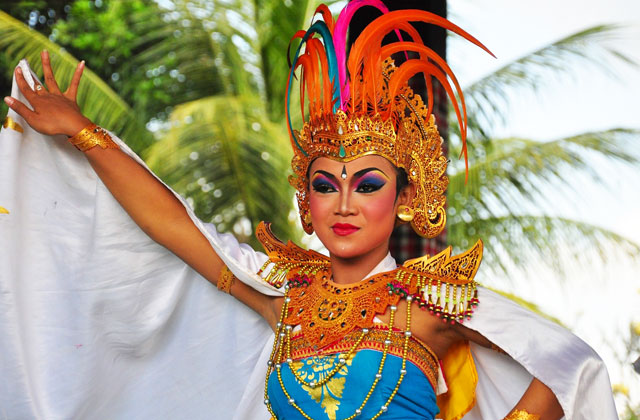 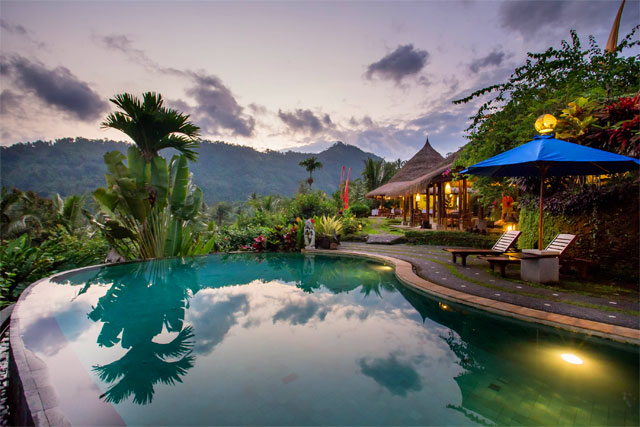 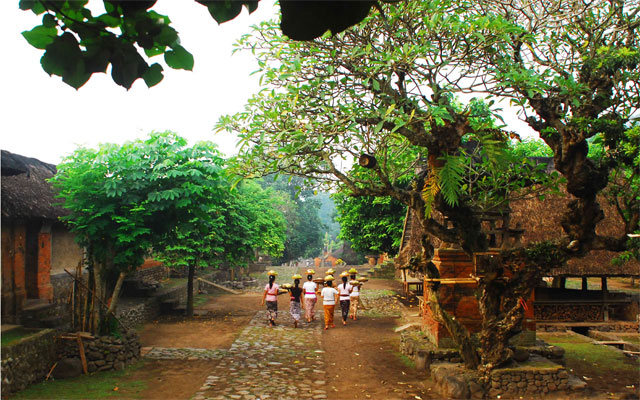 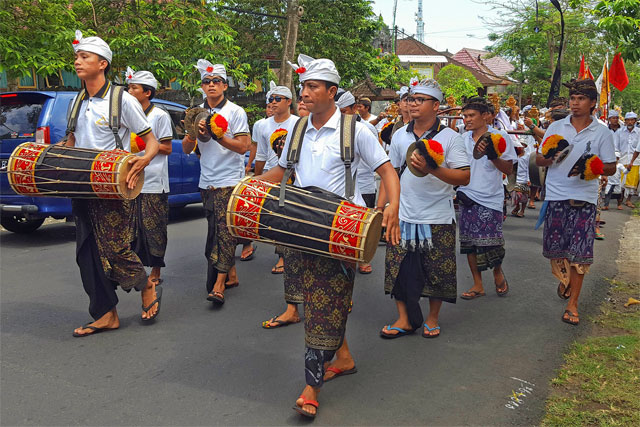