“When I was up there and experienced that wonderful adventure in space, the most exciting moments were precisely those that involved observing the Earth,” once admitted the celebrated cosmonaut Vladimir Djanibekov. “Seen from the space station, the Earth looked like a sparkling jewel, but it wasn’t until one looked at one of the many points more closely that one discovered things that can’t be seen from the Earth’s surface.”

Man has upset the balance of nature to a dangerous level. The ecological picture is deeply distressing: whole oceans are dying, flooding is destroying large tracts of land without natural protection, and some lakes have almost reached the point of extinction. At the same time, energy requirements are on the increase, population growth has gone out of control, many different species are condemned to extinction, and air pollution has far exceeded the tolerance level, not to mention the destruction of forests by the logging industry. The world prefers to ignore the insane crimes against nature perpetrated by the industrialized nations, even when it is against our own interests.

I asked some of the heroes of space travel, eye witnesses to the catastrophic state of our planet’s health, to take part in an expedition to the heart of Siberia in order to draw attention to this problem. This initiative, authorized by President Yeltsin, was intended to be a message of love and respect to nature which has been so cruelly abused. We wanted to find a confirmation that uncontaminated islands still exist, even if there are only a few of them; indeed, it is precisely for this reason that they are protected by force, so that future generations do not inherit an Earth that has been completely annihilated.

And so, at the end of July, we land in Tura, the capital of the province of Evenkiya, twice as large as Italy and an independent district of Krasnojarsk. The team included the following cosmonauts: Sigmund Jehn from Germany, Vladimir Remek from the Czech Republic, Clemens Lothaller from Austria, Anatoli Azebarski from the Ukraine, and two Russians, Sergei Zyrianov and Gennady Manakov. The young director of Tura Aviation Enterprise, Andrei Chernovis, was waiting for us. He chose the route together with Zyrianov.

For the past few hours, we have been on board an Ml-8 helicopter, flying over the endless green forests. Below us lie majestic valleys interrupting the silent flow of the taiga. A waterfall pours into the Beldutchnaja River. The pilots say that this is one of the largest waterfalls in Russia. Although it cannot be compared with Niagara Falls, we are still just as fascinated.

We land on the bank of the Taymyr River. Our downward trip is to start here. We stow away our luggage while the helicopter fades into the distance, leaving us behind in the absolute silence of a world which seems to have remained unchanged since the day of creation, and where we are now completely dependent on our own skills.

We build two 7 meter long rafts with wood from fallen larches, and after hoisting our national flags, we’re ready to go. Our craft benefits from the fact that Sergei, who was born in Siberia, has already had experience navigating this river. Sigmund soon teaches us how to steer and row. The gentle current carries us at a speed of 4 kilometers an hour, but after a few hours, the calm of the scenery we are passing through no longer matches the menacing roar of the rapids. We all realize that sailing down these waters will be fraught with surprises and difficulties to overcome. The speed of the current increases, the water starts to foam, the dull voice of the river increases in intensity like the rolling of thunder.

We look for a safe way through the waves. It is impossible to stay in complete control of our vessel in the rapids. To our great relief, after 100 meters of stormy water, the worst is behind us. While our friends on the other raft are suddenly brought to a halt by some stones jutting out of the river, Vladimir falls into the water and doesn’t notice that our raft, which weighs over a ton, is threatening to crush him against the rocks. It is in situations like this that the true spirit of the group shows itself. He is immediately rescued by his fellow travelers. But the river teaches us never to allow ourselves to become distracted by anything.

Before evening arrives, we have to use large sticks to lift the boat out of the water a few more times and launch it again in deeper water. In spite of being tired out, everyone helps out at our resting place. Gennady and Sergei catch two buckets full of fish in half an hour. The river had taken all we had to give just a short time ago and now it was rewarding us generously. From today on, fish will be our staple diet, prepared in a wide variety of ways: barbecued, as soup and even raw.

From time to time, we come across a few elks and reindeer, but when the wind betrays our scent, these majestic animals take off at a gentle trot. Here, man is not yet an enemy. We see many traces of bears, but fortunately they keep their distance. Perhaps the danger is not as great as we think, but the expedition leader has to do all he can to prevent any accidents from happening.

Our adventure on a still untouched tip of land lasted only 10 days. It’s difficult to describe the emotions, the sense of wonder and exhilaration one feels living in direct contact with nature, drinking water from springs, angling practically bare handed and breathing in the clear pine-scented air. Precisely all this is being lost to mankind. On the return flight, we write a letter to the General Secretary of the United Nations requesting him to declare Evenki National Park No. 1 on planet Earth. Man’s stupidity and greed is turning what was once a natural paradise into a wasteland. So, let’s try to save these irreplaceable treasures and, in doing so, restore this earth to health. 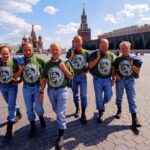 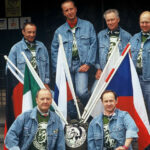 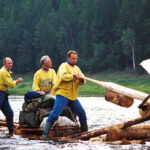 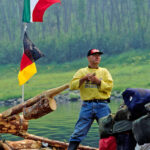 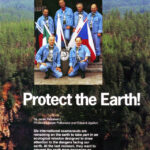 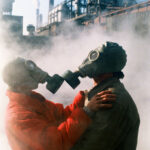 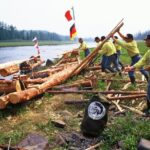 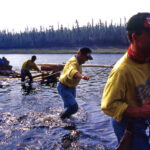 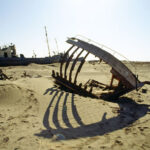 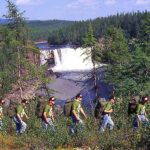 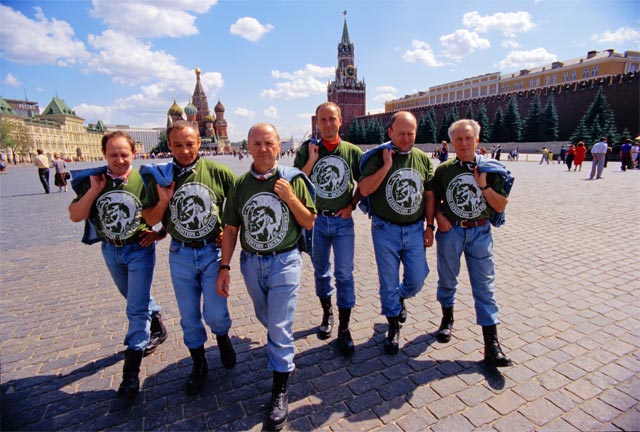 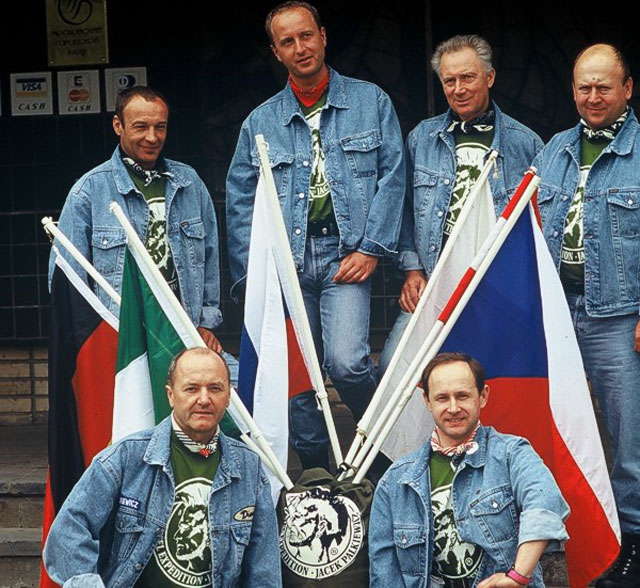 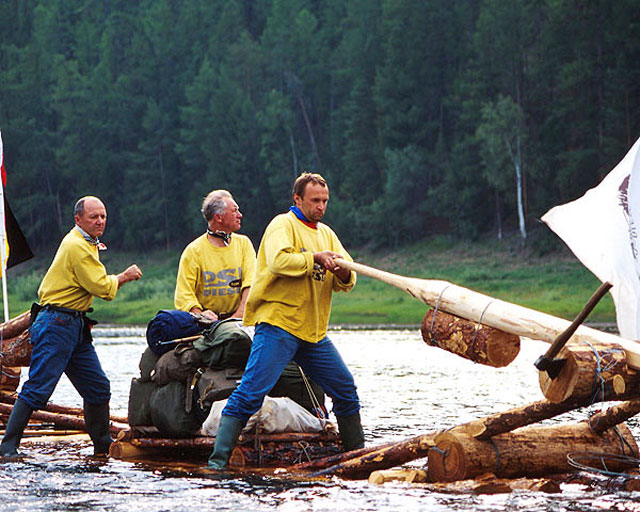 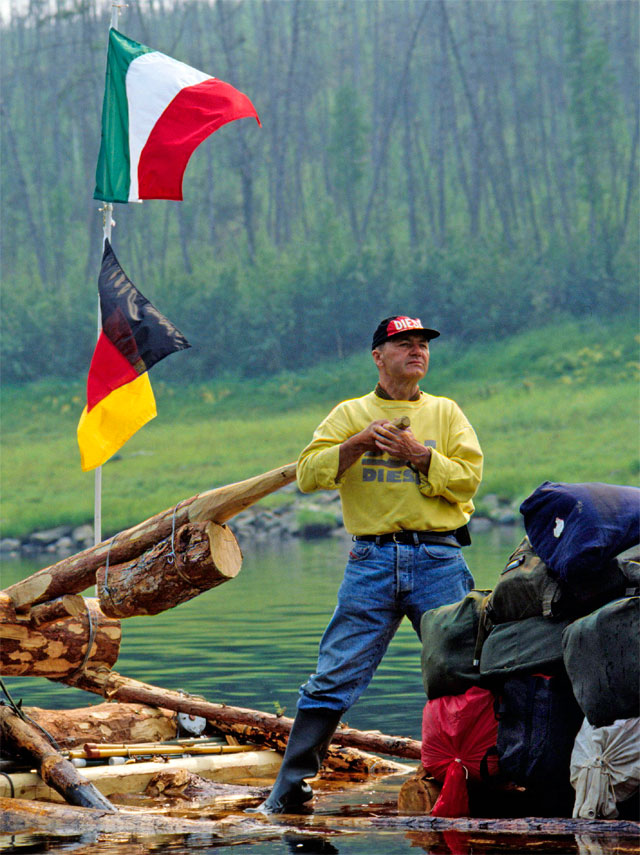 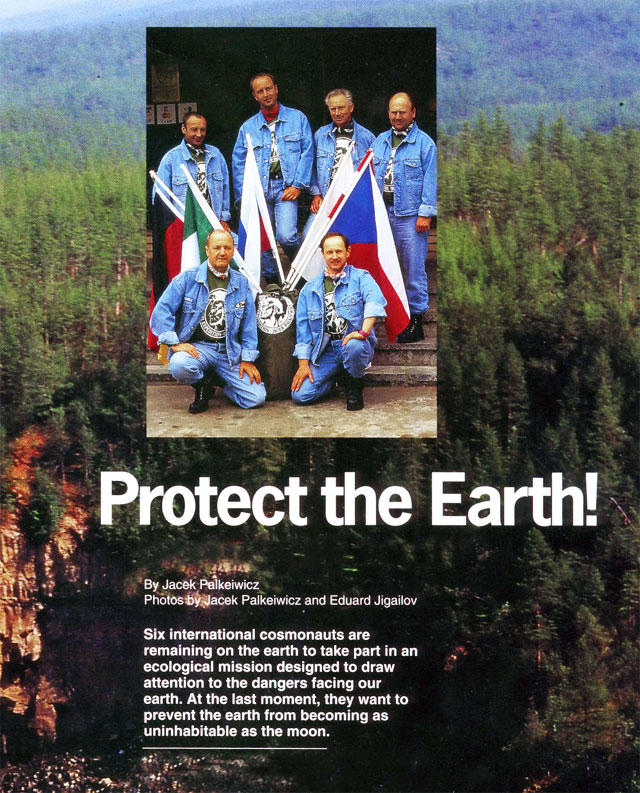 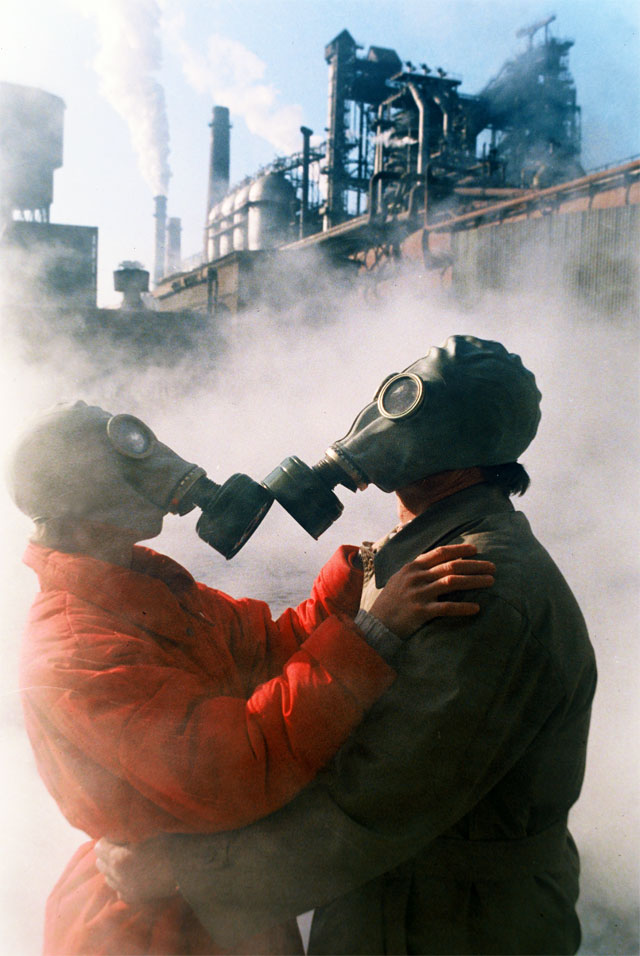 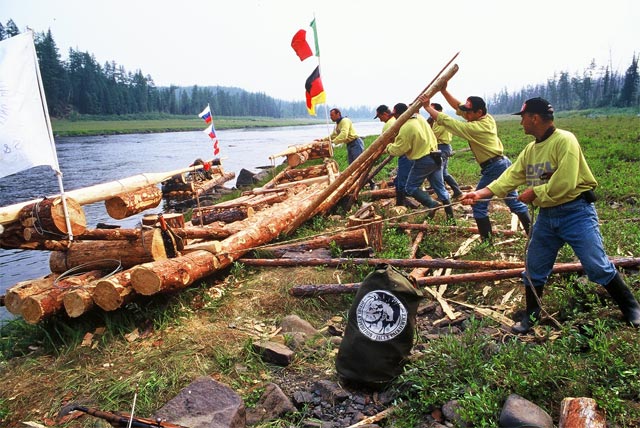 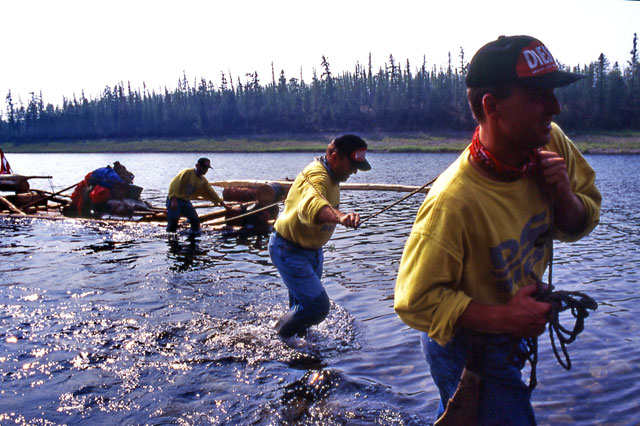 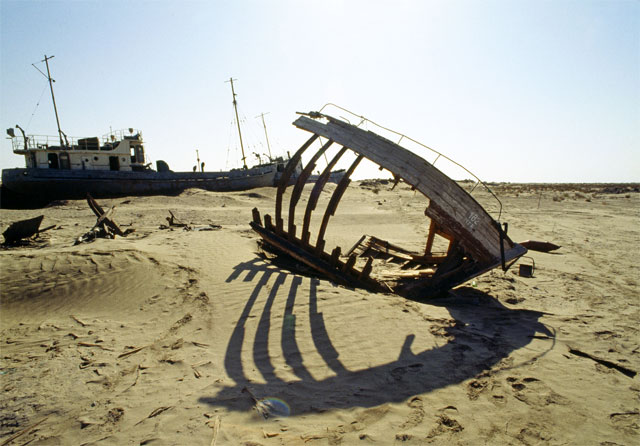 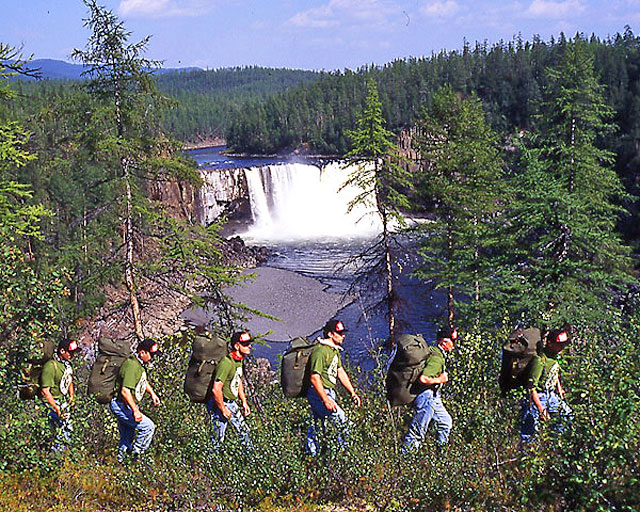 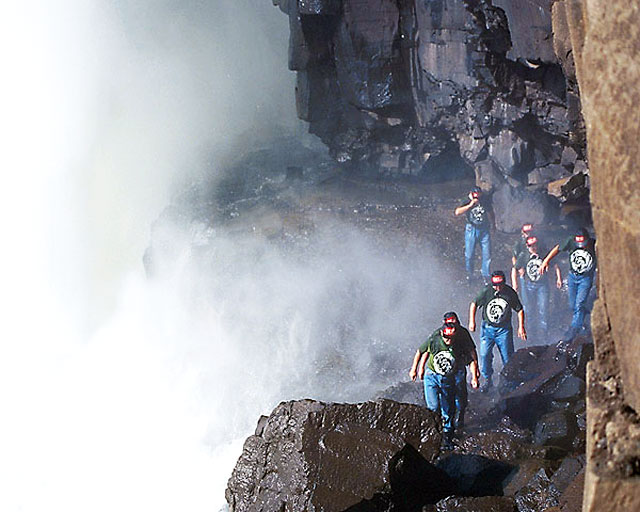 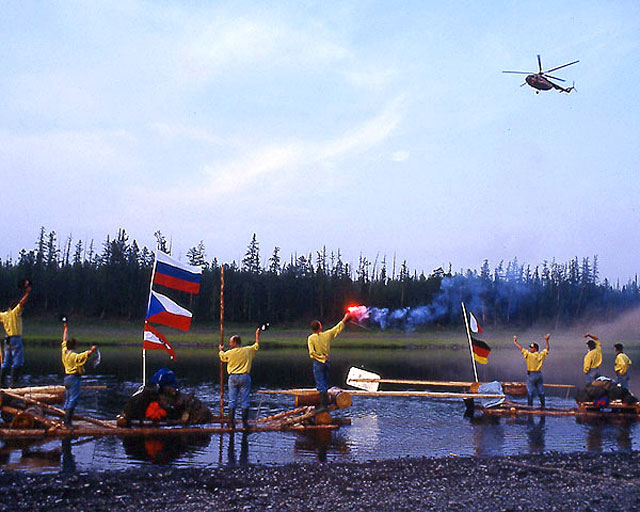 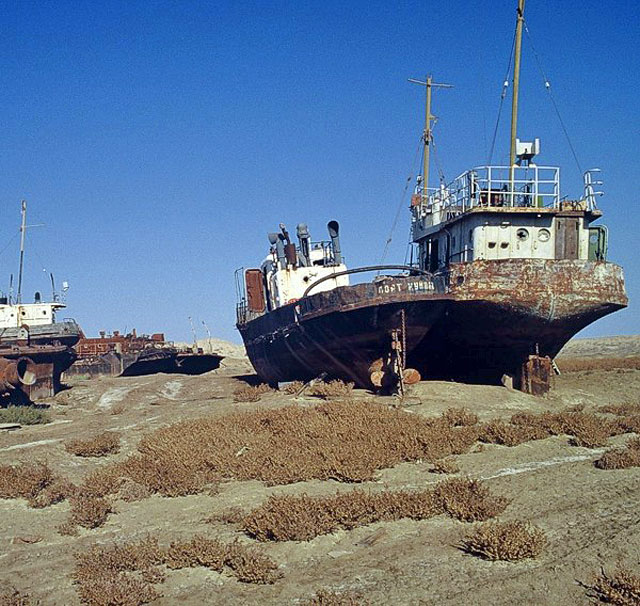 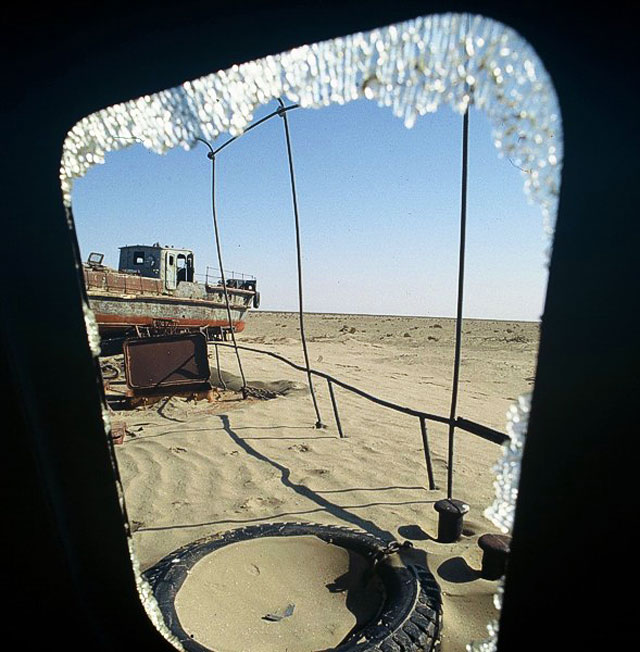 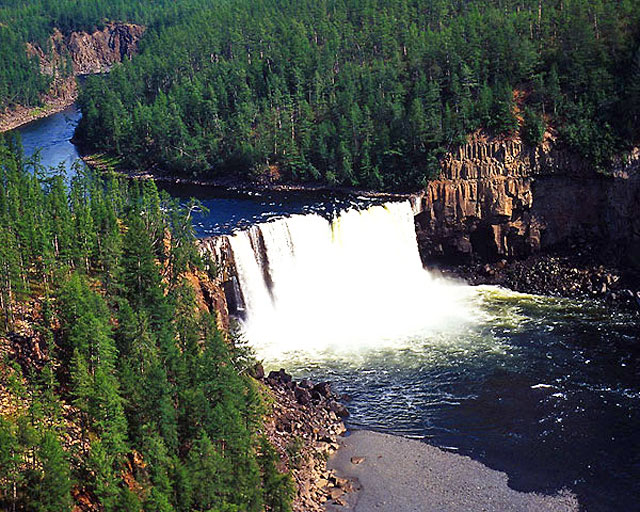