The last sanctuary of the primevil world

I managed to get to know Western Papua at the last moment. Soon, one of the last sanctuaries of the primitive world located there will go down in history. I felt a similar experience more than a dozen years ago in Venezuela among the Yanomami, the last primitive Indian tribe that had no contact with the outside world. It was the same with the indigenous inhabitants of Andamans, the menacing Jarawa, who shot at me with bows and arrows. Today, these aborigines have lost their identity by submitting to the deceptive charm of the white man’s civilization. They find themselves on the verge of destruction and are doomed to slowly disappear.

The march through almost imperceptible paths in the humid equatorial forest of New Guinea is an exhausting course of obstacles, mud amalgam, spiny thickets, sticky air, sweat, and woody fern shrubbery. Someone from our film crew thought that a mos­quito net made of tulle would protect him from the voracious mosquitoes, but he quickly got rid of it because he could not breathe through it. Another guy took off his long sleeved shirt and is now full of scrapes and cuts. Our shoes slide on the clay mixed with mud that is everywhere. I try not to stumble over the tangle of roots. A while later, I wade through water up to my knees and then fall in a musty bog up to my calves.

After many days of hiking, we finally reach Korowai. In the background of high crowns of trees, at a forest clearing, there are hundreds of trees felled as if hit by a meteorite, and I see rumahtingi, a hut that looks like the nest of a huge bird. This is their land. Korowai are one of the last known to us original tribes remaining in isolation. They live in small family groups scattered in large areas of the forest. They are engaged in permanent tribal wars, a result of the widespread principle of family revenge. There is little information available about them, and whatever is rehashed is not always accurate.

Until a few decades ago, we did not know about their existence, just as they had no idea about the existence of the world outside their tribal borders. In the early 1980s, Dutch missionaries appeared on the Becking river. They intended to impose a new religion and system of values on the local people.

Titus, the chief of the clan with a belligerent physiognomy, points to his house and invites us to the top, as high up as the eighth floor. I gain courage and with a pounding heart, I first climb a shaky ladder, after which I have to overcome a vertically set perch with too small notches to safely rest my foot on. I am afraid that at any moment it will break, not bearing the weight of a European.

Sweaty, not so much from the effort, but from the fear of falling from such a height, I sit down on the porch. A topless woman who avoids my gaze, wearing a necklace made of dog teeth, is cooking something on the clay hearth. In the next room, someone coughs, another person chews and spits, a pig grunts in another corner where a mangy mongrel growls. To my surprise, a small child remains calm lying and does not being to cry.

News about the Korowai, living in the tree tops, spread around the world, arousing the interest of anthropologists and tourist agencies. Today, hunters for the exotic reach clans that are already domesticated, living on the edge of our civilization, where we can get to in a few days. Some of these primitive people have been showing their commercialized anthropological exotic side for tourists for some time.

I met them in Mabul. Internally torn and stricken with stupor, doomed to face tough realities, they forgot about their carefree, happy life. Trapped halfway between their old and new lives, they sluggishly roam aimlessly like ghosts around the village in torn T-shirts, dirty shorts, and ski caps, giving the impression of naive, grown-up kids. They put their daily lives up for sale, selling their practical skills and culture – unfortunately, no longer possessing any value.

How long will they manage to survive, lost in autochthonic times? Their fate is inevitable. The assimilation policy on the part of civilization couriers has not worked, because even peaceful interference causes that sooner or later the natives lose their ability to live independently, they start to vegetate and become dependent on government assistance. Mario Vargas Llosa states: “If I had to choose between preservation of Indian cultures and their total assimilation, I would choose with profound sadness the integration of Indian communities, because our main priority is, of course, to fight against hunger and poverty… “

Today among anthropologists, the prevailing view is that special protection should not be given to indigenous tribes. It is sufficient to leave them to their own fate so that they can exist as they did before and decide for themselves if they want to make contact with us. 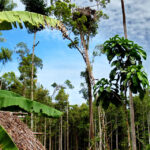 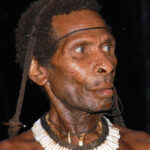 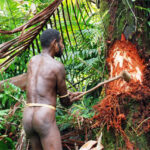 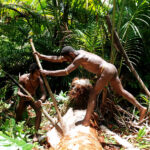 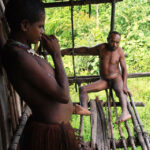 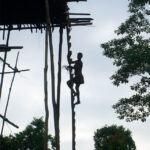 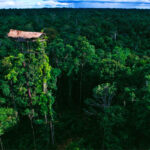 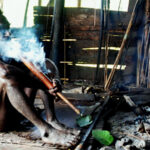 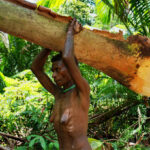 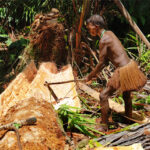 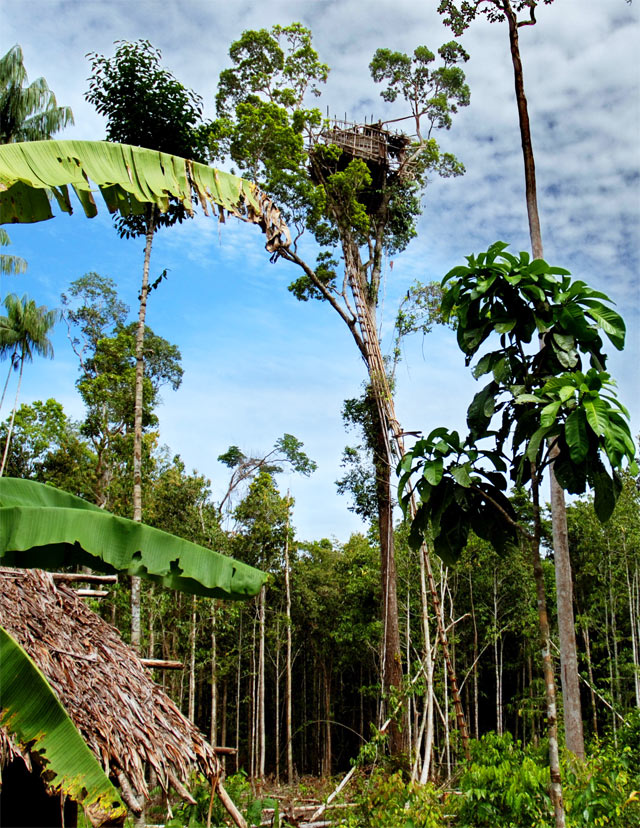 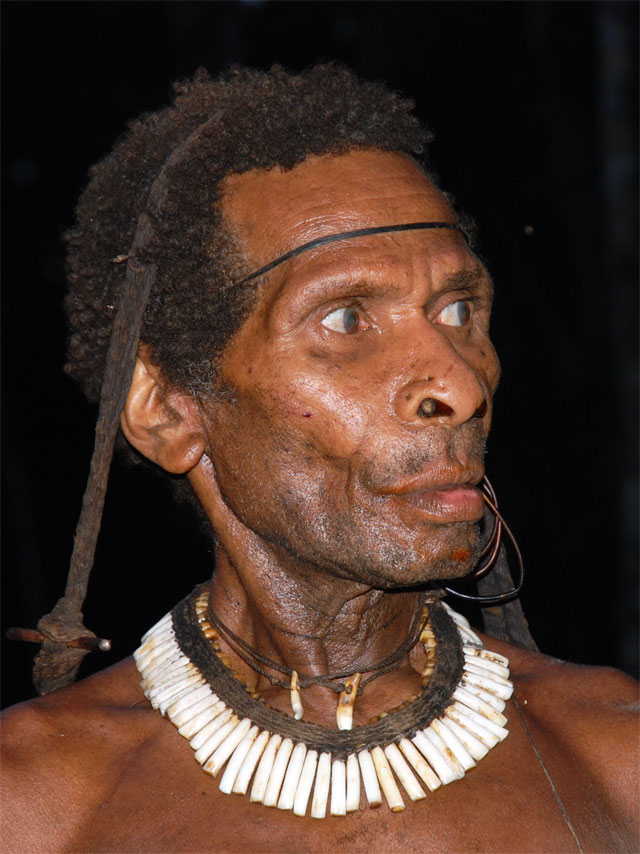 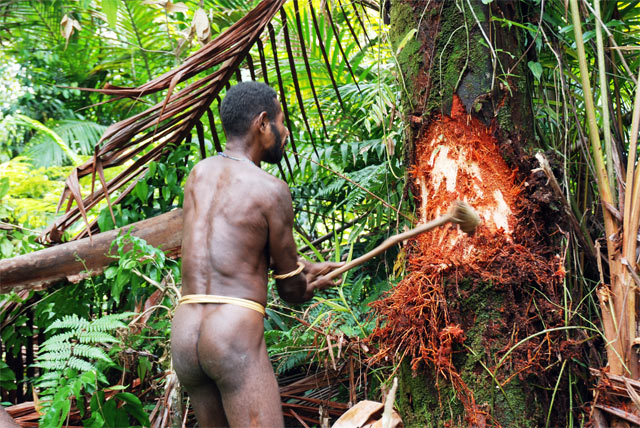 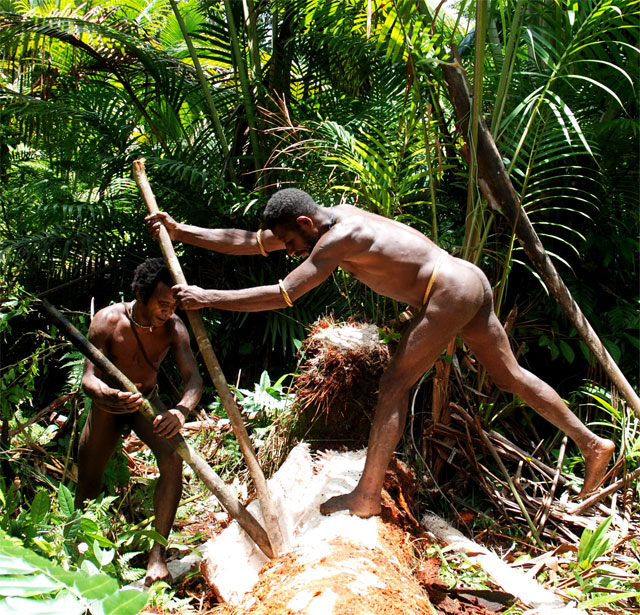 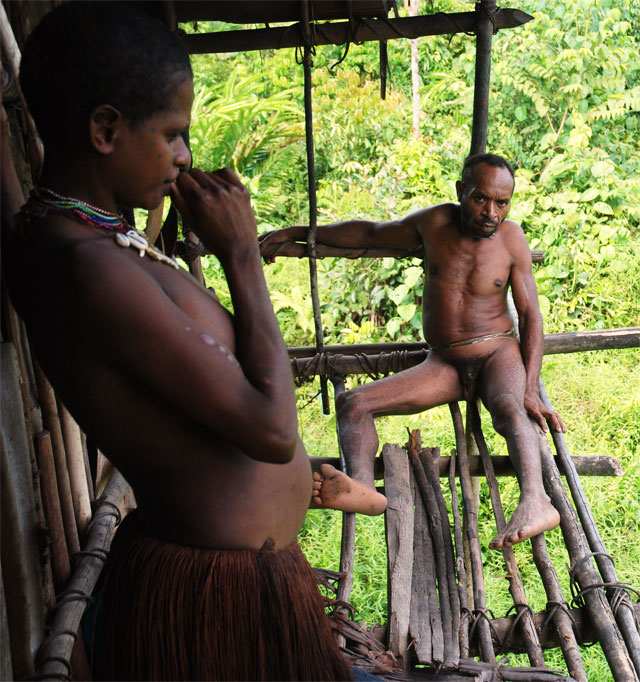 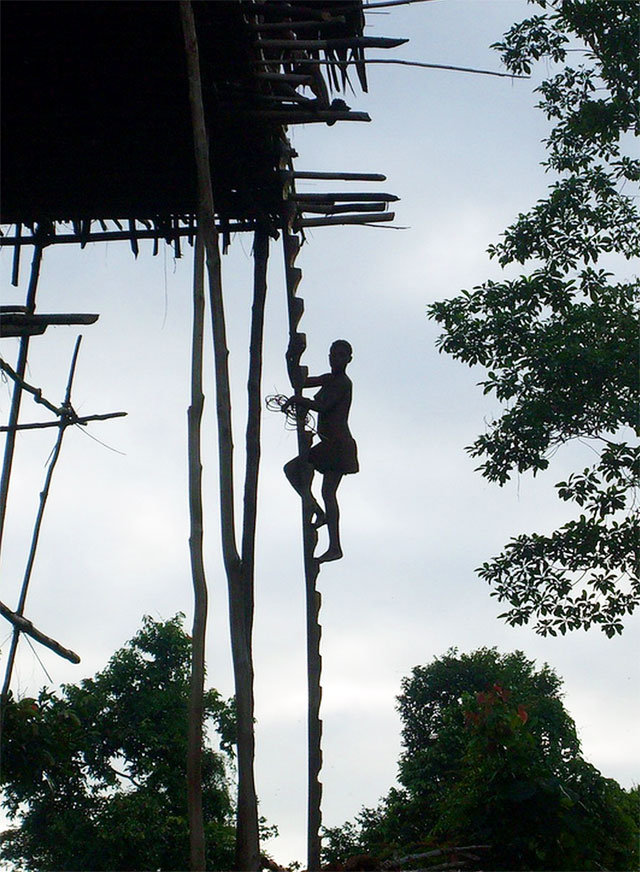 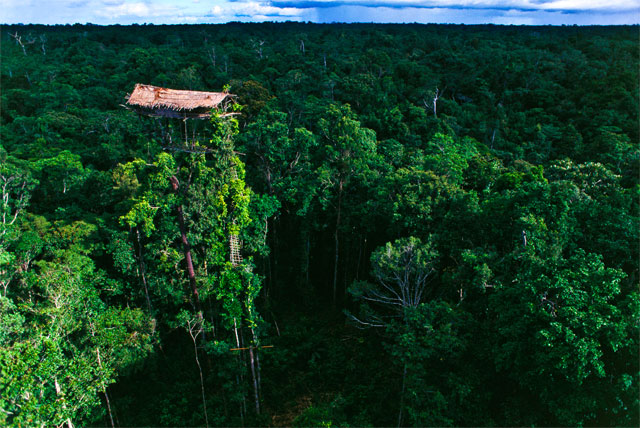 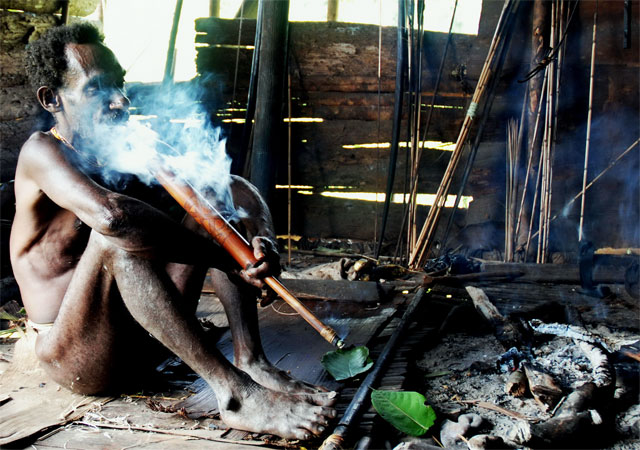 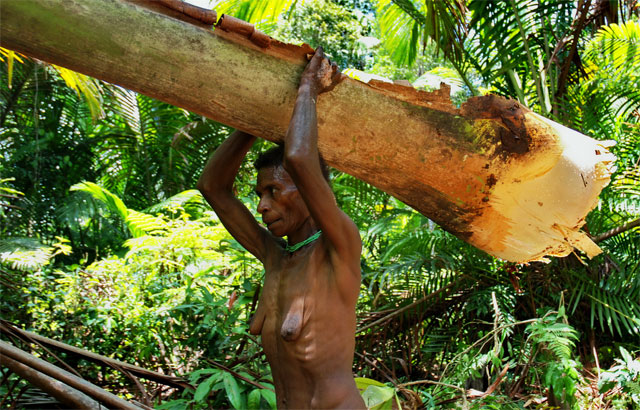 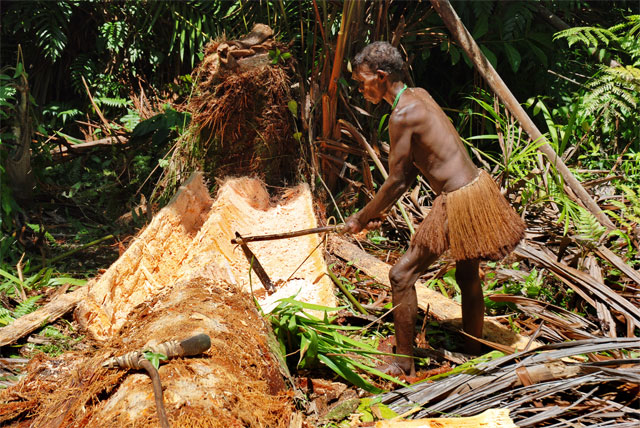 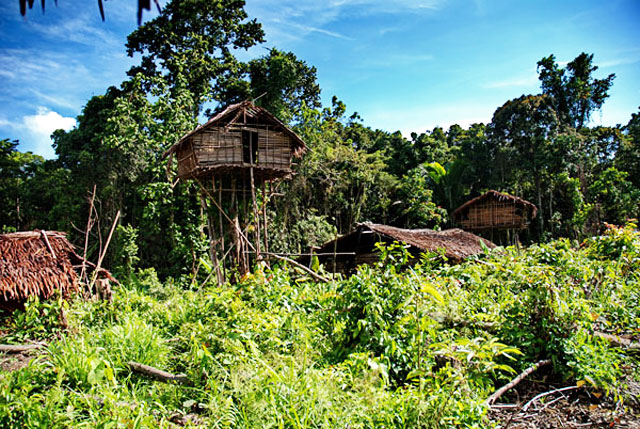 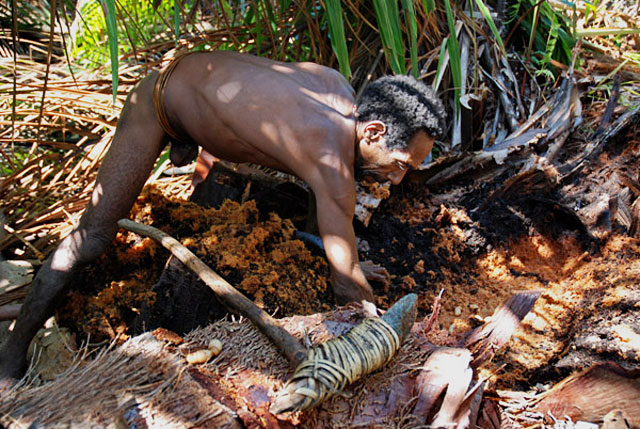 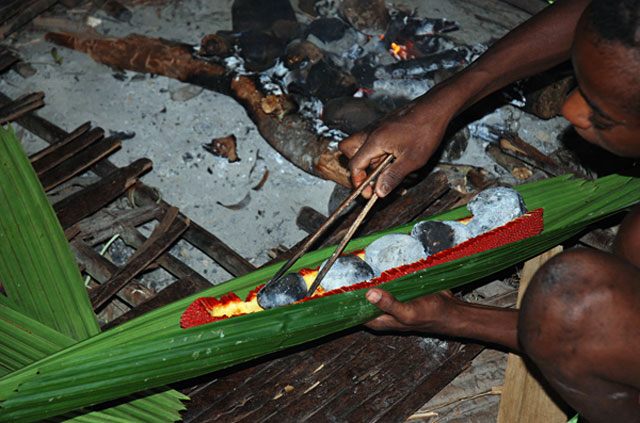 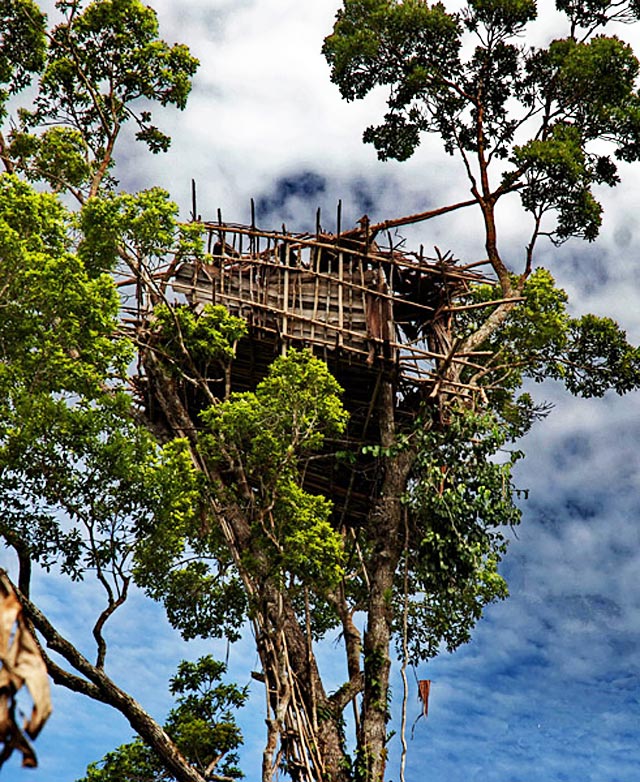 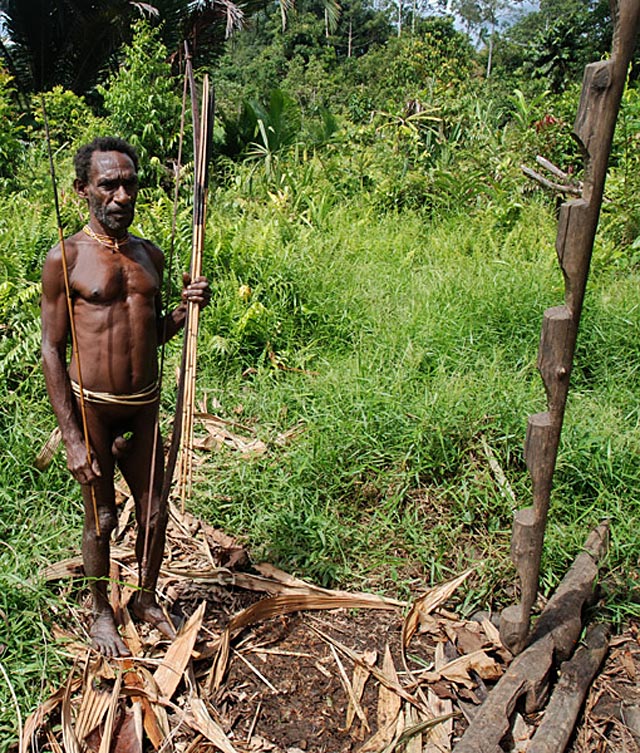 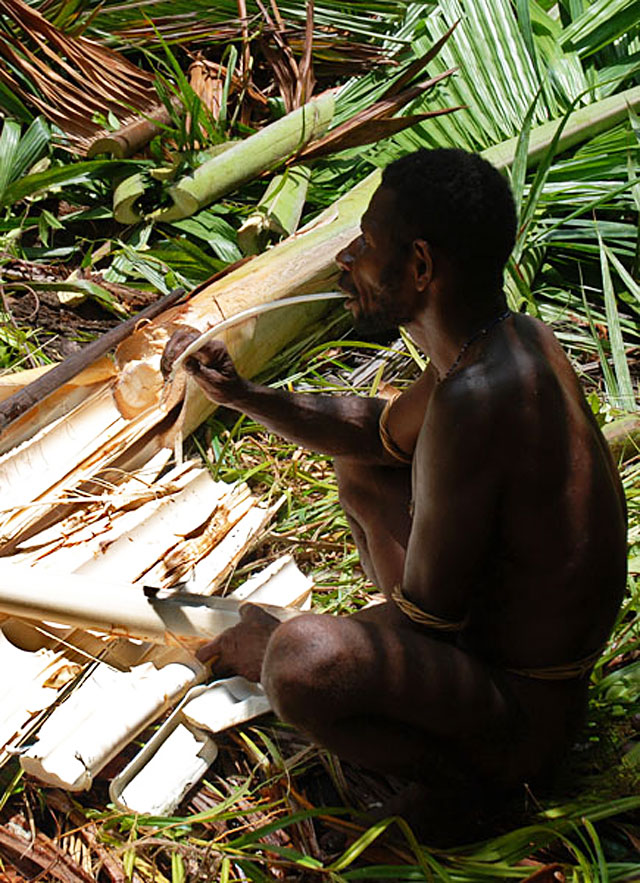 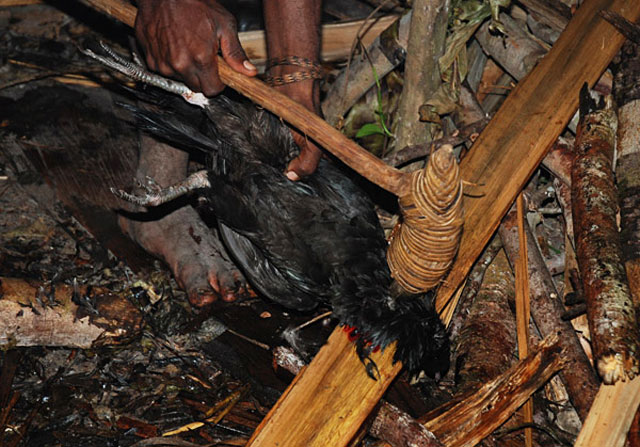 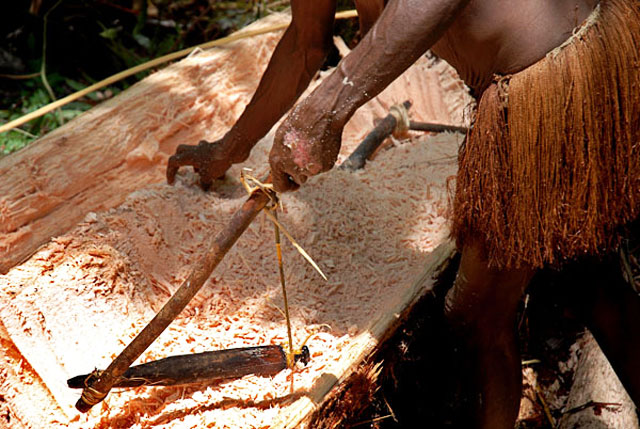 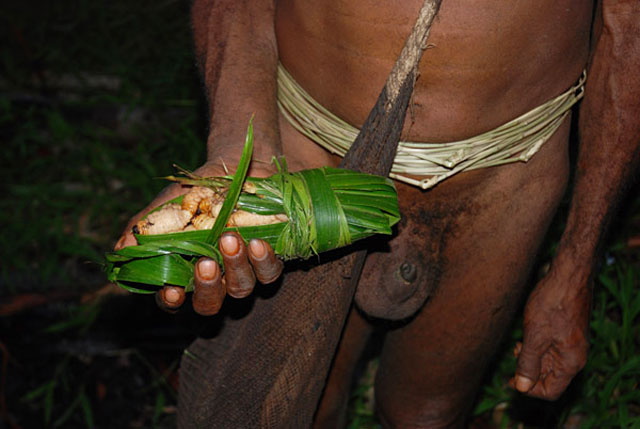