The Centro de Instrucao de Guerra na Selva in Manaus is the training center for fighting in the jungle and the showcase of the Brazilian army. Getting a diploma from this place is a distinction in one’s military career, and a badge with a predatory jaguar is a symbol of jungle warriors that arouses respect and recognition.

Together with several local instructors, I conducted survival classes in the most environmentally unfriendly to man place, meaning the vast territory of the Amazon. One is surrounded by an impenetrable jungle, an equatorial forest drowning in the twilight, full of chaotic vegetation, creeping snakes and swarms of aggressive insects even stinging you through your sweat-soaked clothing. In addition, black ants falling from tree branches cut mercilessly into your collar, and spiny vines scratch your hands, which can turn into hard to heal wounds that threaten with infection. Unbearably steamy and dense as in a greenhouse, the air slowly sucks out strength and makes you lose footing.

The punishing march with a 20 kilogram sack of equipment seems to have no end. We wade through Igarapè’s treacherous swamps, and when we finally tread on hard ground, we stumble over lianas or fall to our knees into decayed trunks from fallen trees. After three hours, we covered no more than three kilometers. Deprivation, lack of logistic security, uncertainty, tension, poor hygiene conditions – all these create a sense of anxiety in this isolated environment.

In the jungle, your stream of sweat does not evaporate, so the heat does not dissipate from your body. Just a moment ago, another exhausted student, counted among the toughest Frenchmen, had to undergo medical intervention. He could not go on without intravenous feeding. By the end of the internship, as usual, no more than half of the students will finish the course. The rest, even if they are not defeated by dysentery or malaria, will be removed from the course and return to their units with a feeling of shameful loss.

They still hear the not quite sentimental sergeant’s words, who at the very beginning announced: “Perhaps some will consider our methods as not being very humane, but you must know that the jungle does not tolerate weaklings. We will teach you a few things that will allow you not only to save your life, but also to defeat your opponent. I am not denying that we will constantly harass you, that we will do everything to reach the limits of your endurance. For many of you, creating this jungle warrior will be the anteroom of hell, and only determination and iron immunity can save you. Gentlemen, good luck!”

“Se-l-vaa!” shouted 26 men in field uniforms without shoulder marks or insignia. Each student simply has a number that is clearly visible on his cap. Selva! here means “yes sir” and is their traditional phrase and exclamation.

We are constantly being bitten by some vermin, and feel physical and psychological pressure non-stop. The training focuses on identifying threats on the basis of standard operation procedures, patrol rules and war tactics in the jungle. Yesterday there were lessons in organizing ambushes. Today, students will save hypothetical hostages.

After sunset, the equatorial forest comes alive with a symphony of various sounds. Unpleasantly irritating to our ears are the monkeys screaming mixed with the attractive sound of birds calling, or the panting sounds of invisible animals. From behind the black wall of the jungle come suspicious murmurs and intrusive thoughts focused on imaginary threats, causing unjustified anxiety. It is difficult to loosen up, because one’s imagination forces a man to be ceaselessly vigilant, and relief comes only at dawn.

In the end, students are put through the “truth test”. We send small groups into the jungle’s interior. “If you want to get a certificate from the course, you have to report to base number 2 within 48 hours” they informed us.

“At times I thought I would not make it to the end, at one point I blacked out” told me my son Maksy. Extremely exhausted, mauled by insects, in dirt-stained uniforms smelling of sweat, we got to our goal semi-conscious fifteen minutes before the time limit. Each of us lost between 6 and 12 kilograms of body weight. An athletic Russian with number 20 miraculously avoided hyperthermia, a heat-stroke caused by intense long-term effort in the heat. He complained of nausea, dizziness, but above all, painful cramps in his leg and hand muscles, exacerbated by excessive salt loss. Not everyone, however, passed the hellish course; a few people survived a real drama. Despite their good physical condition, their psyche failed and they lost at the end of the murderous stage.

An internship in Manaus is an honor. “The selva can tear apart the personality of the strongest men, but you have proven your worth, you have overcome yourselves. I am proud of you,” declares the commander of the CIGS, Lt. Col. Gustavo de Souza Abreu, at the final course ceremony. I am also pleased to be honored with the prestigious machete of a jungle warrior number 0055. For the first time in history, the Center has given it to a non-military foreigner. 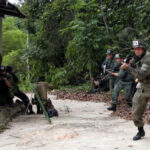 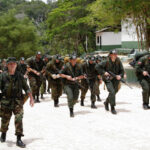 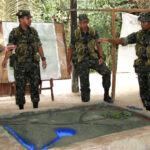 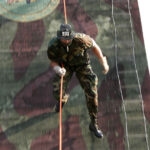 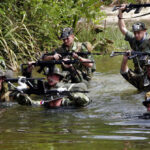 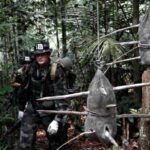 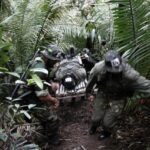 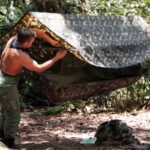 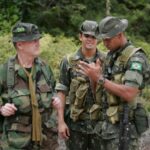 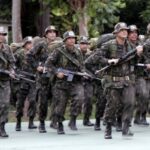 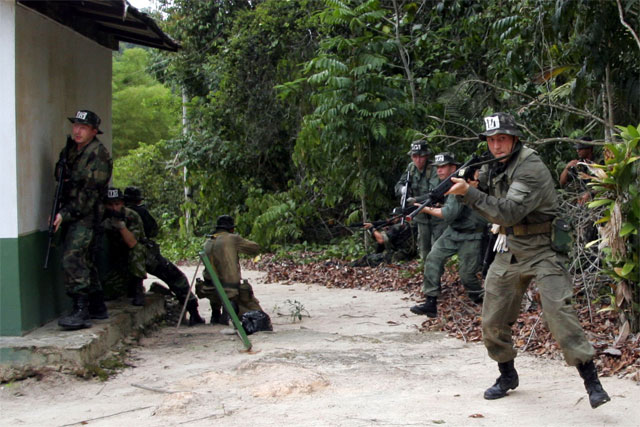 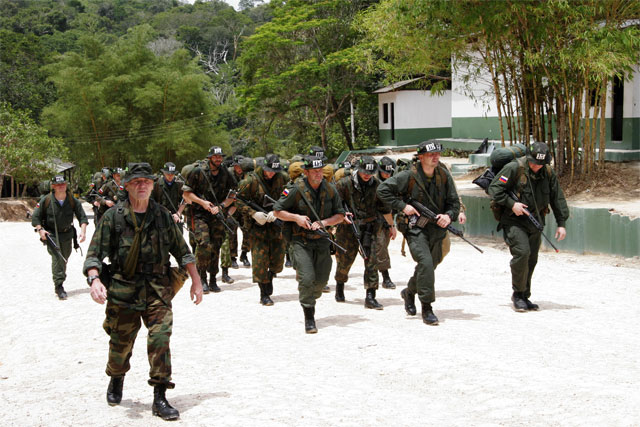 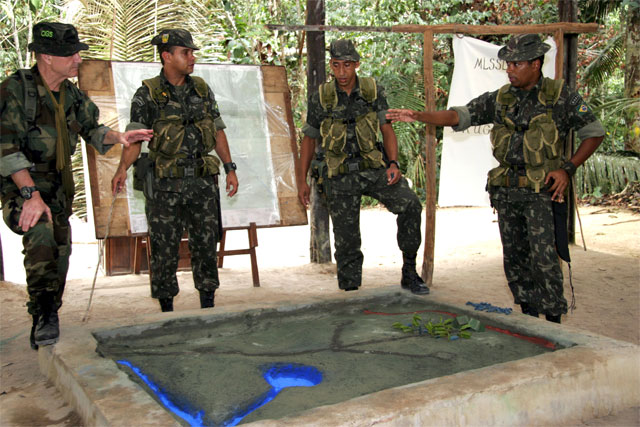 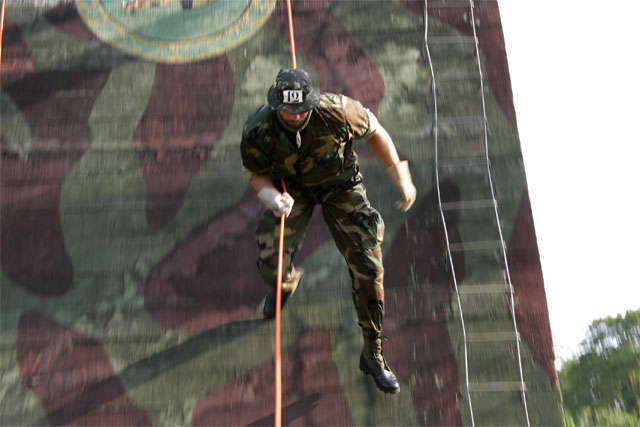 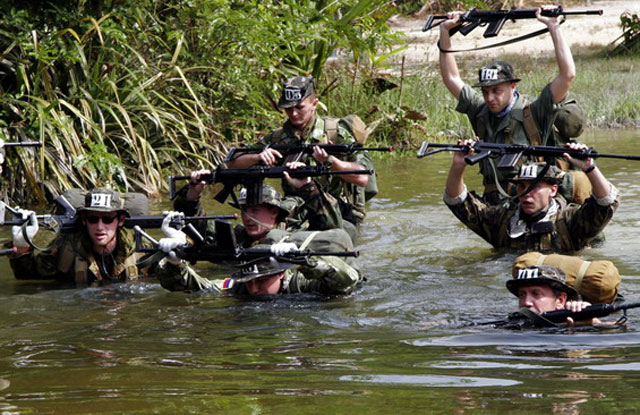 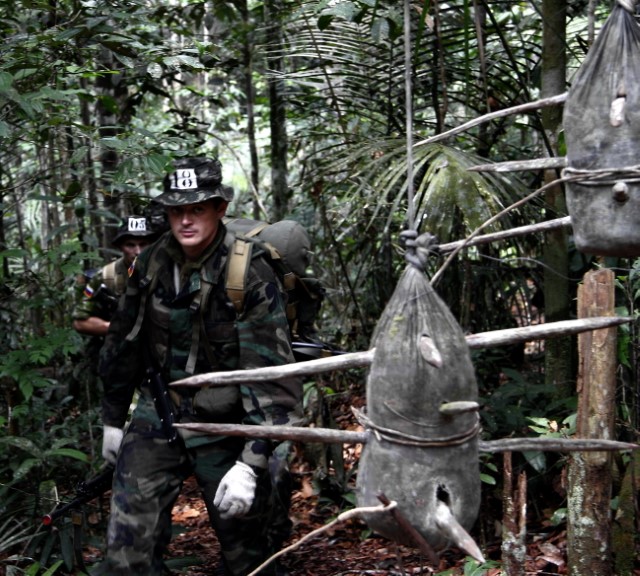 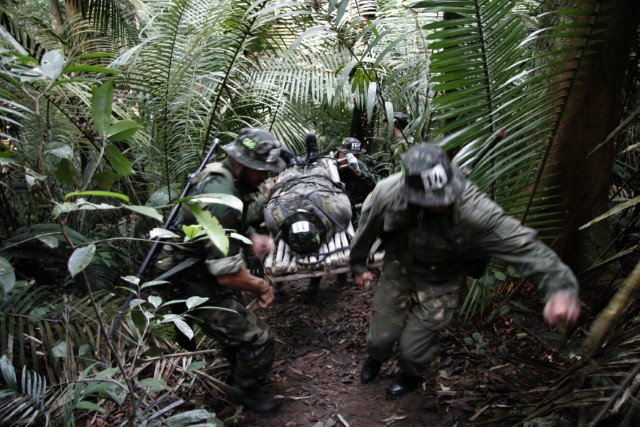 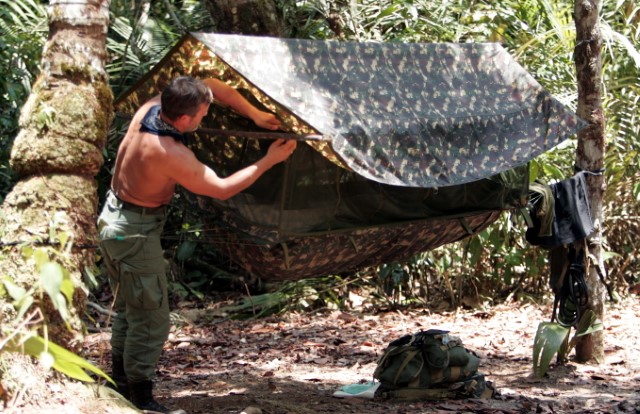 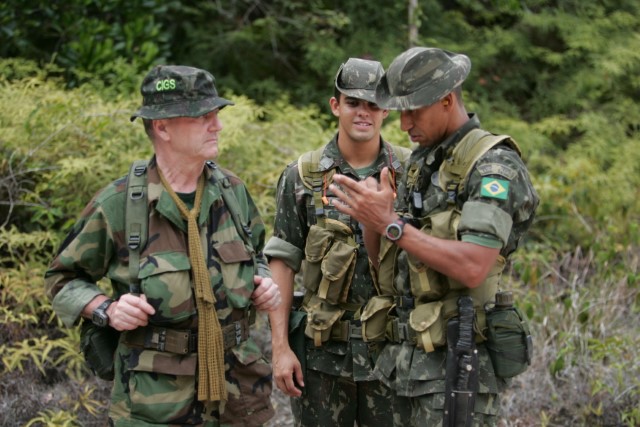 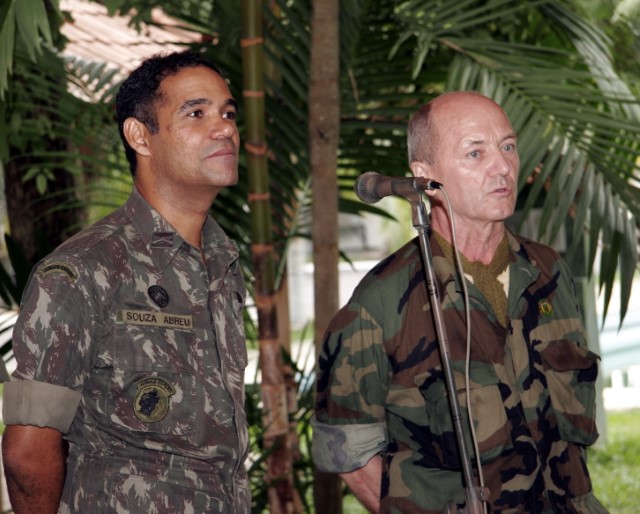 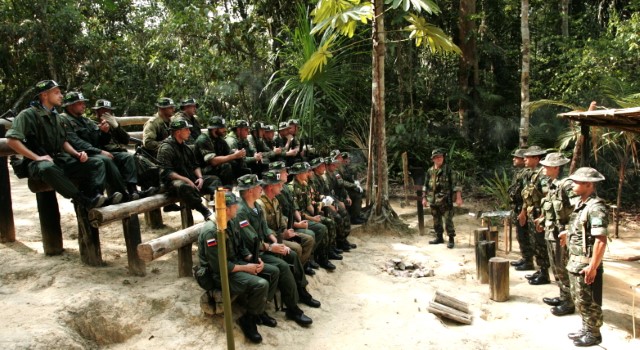 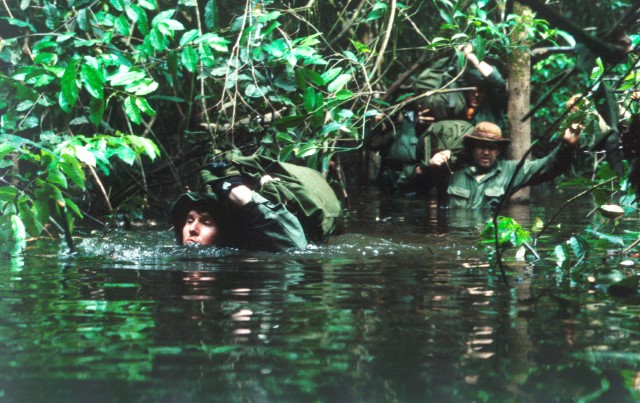 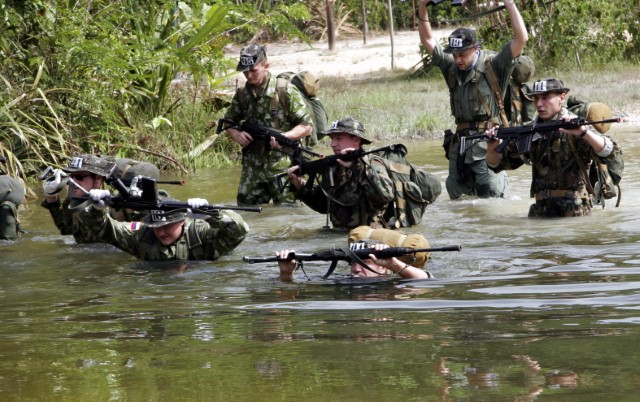 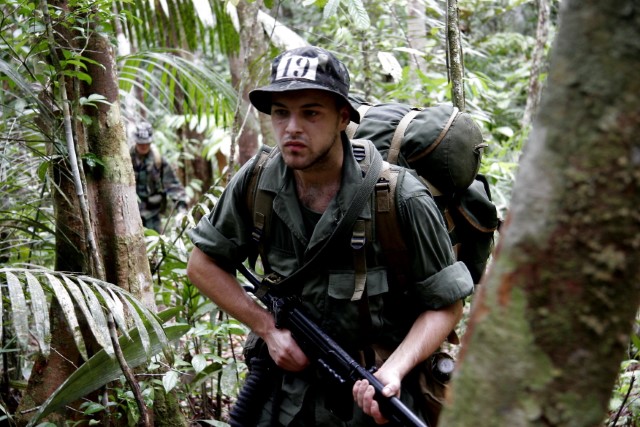 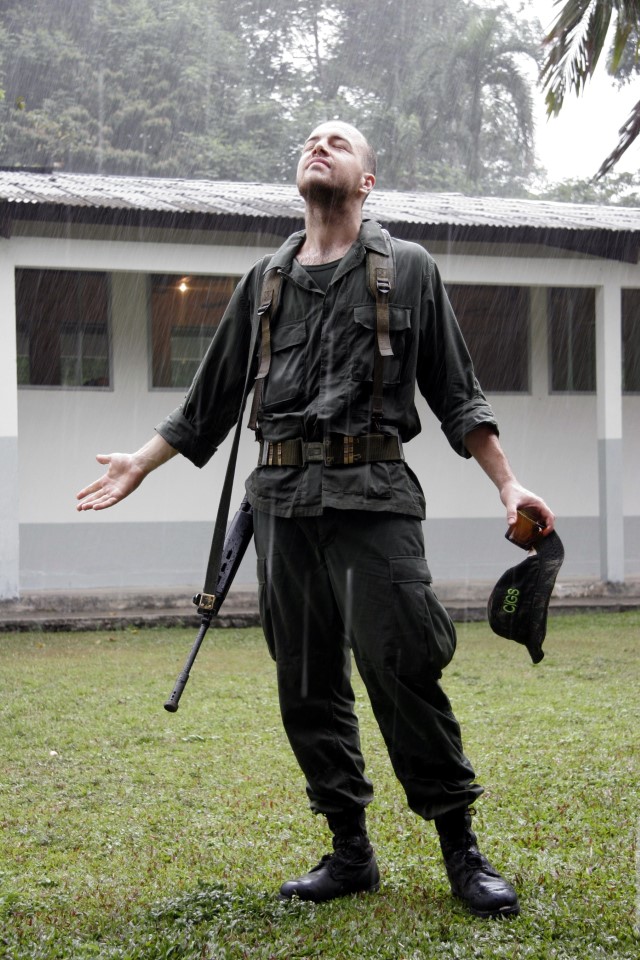 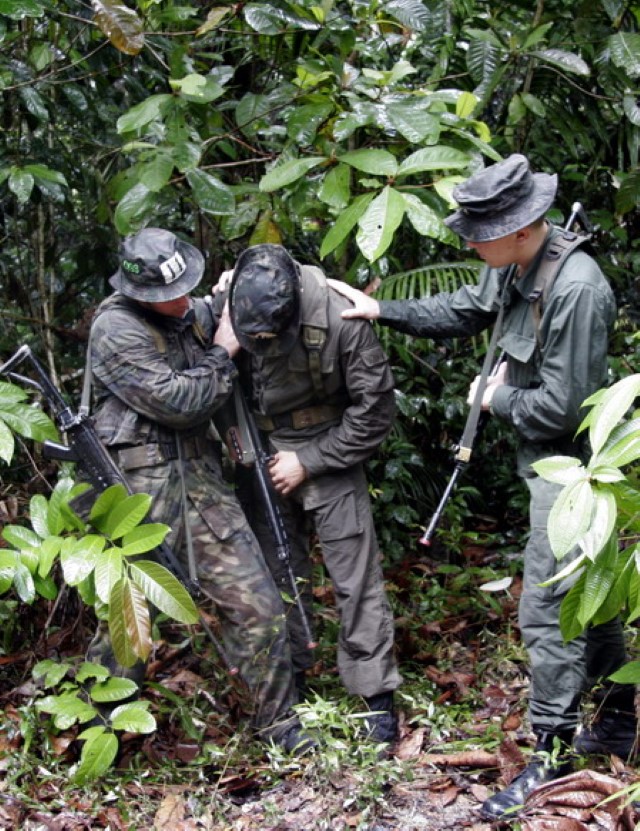 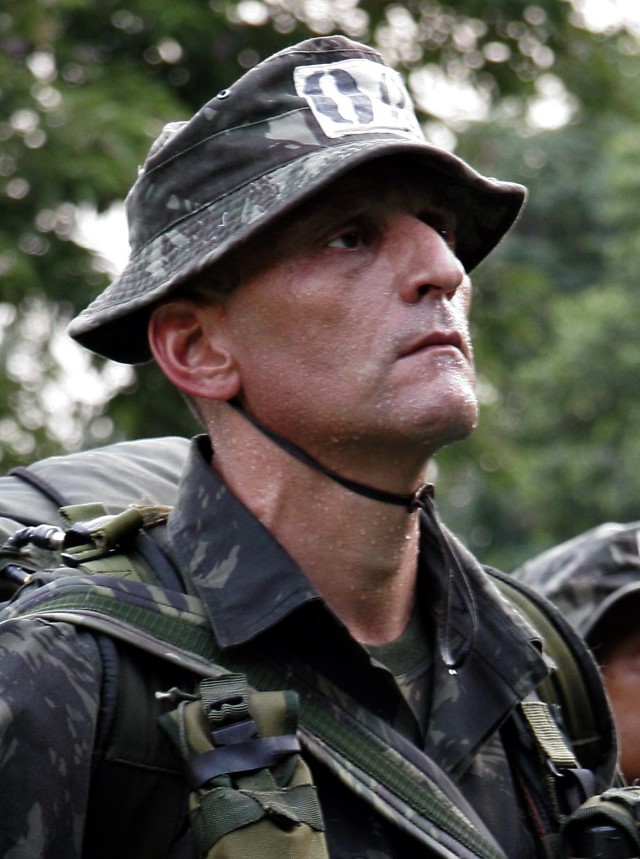 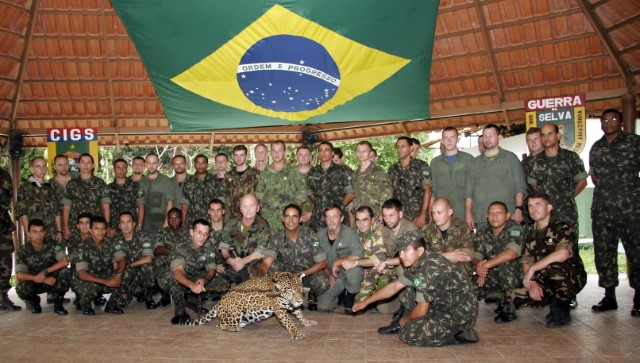